Sancia Grado is a thief, and a damn good one. And her latest target, a heavily guarded warehouse on Tevanne’s docks, is nothing her unique abilities can’t handle.

But unbeknownst to her, Sancia’s been sent to steal an artifact of unimaginable power, an object that could revolutionize the magical technology known as scriving. The Merchant Houses who control this magic–the art of using coded commands to imbue everyday objects with sentience–have already used it to transform Tevanne into a vast, remorseless capitalist machine. But if they can unlock the artifact’s secrets, they will rewrite the world itself to suit their aims.

Now someone in those Houses wants Sancia dead, and the artifact for themselves. And in the city of Tevanne, there’s nobody with the power to stop them.

To have a chance at surviving—and at stopping the deadly transformation that’s under way—Sancia will have to marshal unlikely allies, learn to harness the artifact’s power for herself, and undergo her own transformation, one that will turn her into something she could never have imagined.

A world divided.
A queendom without an heir.
An ancient enemy awakens.

The House of Berethnet has ruled Inys for a thousand years. Still unwed, Queen Sabran the Ninth must conceive a daughter to protect her realm from destruction—but assassins are getting closer to her door.

Ead Duryan is an outsider at court. Though she has risen to the position of lady-in-waiting, she is loyal to a hidden society of mages. Ead keeps a watchful eye on Sabran, secretly protecting her with forbidden magic.

Across the dark sea, Tané has trained all her life to be a dragonrider, but is forced to make a choice that could see her life unravel.

Meanwhile, the divided East and West refuse to parley, and forces of chaos are rising from their sleep.

I feel like a thread of my heart had snagged in The Priory of The Orange Tree and is still trying to tug me back in. I barely felt time passing, and when I finished reading, I had the strange experience of looking up from the pages, feeling dreamy and obscure and so keenly aware of the world around me, almost to an abject degree. The same experience of waking up just as the last vestiges of some delightful nocturnal adventure are dissolving like salt into the waves. This, I’ve come to realize, is the hallmark of a great book.

END_OF_DOCUMENT_TOKEN_TO_BE_REPLACED

Ryann Bird dreams of traveling across the stars. But a career in space isn’t an option for a girl who lives in a trailer park on the wrong side of town. So Ryann becomes her circumstances and settles for acting out and skipping school to hang out with her delinquent friends.

One day she meets Alexandria: a furious loner who spurns Ryann’s offer of friendship. After a horrific accident leaves Alexandria with a broken arm, the two misfits are brought together despite themselves—and Ryann learns her secret: Alexandria’s mother is an astronaut who volunteered for a one-way trip to the edge of the solar system.

Every night without fail, Alexandria waits to catch radio signals from her mother. And its up to Ryann to lift her onto the roof day after day until the silence between them grows into friendship, and eventually something more . . .

In K. Ancrum’s signature poetic style, this slow-burn romance will have you savoring every page.

I finished this book and wandered downstairs in a dream, my head spinning, but acutely, achingly conscious that I was alive and young. A wild desire to go outside and lay under the cold of the stars gripped me, and that moment, seemingly ordinary, felt utterly surreal. The obscure unreality of it all expanded until it blotted out all else: nothing mattered, problems were futile, the planets spun, life went on, and I was my own celestial being.

Look, I’m just a simple girl with a highly detailed and romanticized infatuation with SPACE and FICTIONAL CHARACTERS that haunts her dreams at night…and this book just knew EXACTLY where to push! END_OF_DOCUMENT_TOKEN_TO_BE_REPLACED 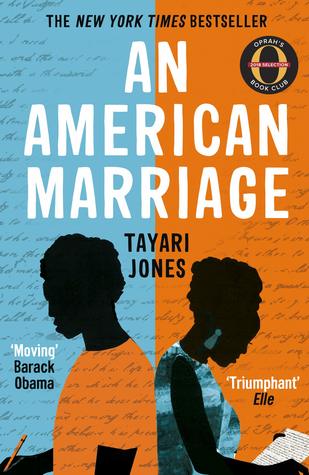 Newlyweds Celestial and Roy are the embodiment of both the American Dream and the New South. He is a young executive and she is an artist on the brink of an exciting career. But as they settle into the routine of their life together, they are ripped apart by circumstances neither could have imagined. In this deft exploration of love, loyalty, race, justice, and both Black masculinity and Black womanhood in 21st century America, Jones achieves that most-illusive of all literary goals: the Great American Novel.

This book stung so hard I almost looked for the cut of it on my skin.

It’s the kind of novel that sinks its teeth into you. One that enkindles in you such a brief and yet so excruciating pain. One that is so vivid the first glimpse of reality would shock you, and you would emerge from its thrall dazed, half dreaming, dizzy, and for a moment, aching, blinking, parched, unreal, everything else…fades away. One that changes you, leaves you a little different by the time you are done. But above all, one that reminds you that humans really are so often this way—inexplicable, restless, unyielding, and unfathomable. END_OF_DOCUMENT_TOKEN_TO_BE_REPLACED 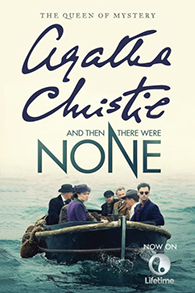 First, there were ten—a curious assortment of strangers summoned as weekend guests to a private island off the coast of Devon. Their host, an eccentric millionaire unknown to all of them, is nowhere to be found. All that the guests have in common is a wicked past they’re unwilling to reveal—and a secret that will seal their fate. For each has been marked for murder. One by one they fall prey. Before the weekend is out, there will be none. And only the dead are above suspicion.

There is scarcely any comfort to be found in this book, only an ancient, arcane horror. Even my most harrowing nightmares would have never conjured such a soul-fearing tale. And Then There Were None was uncomfortable as it lodged itself in the darkest corner of my mind, and the questions it asks and the implications it conceals are still twining up my legs like a barbed vine.

I liked this book—but it honestly isn’t an experience I’m keen on revisiting. END_OF_DOCUMENT_TOKEN_TO_BE_REPLACED