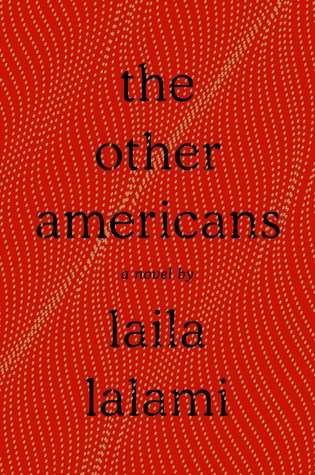 Late one spring night, as Driss Guerraoui is walking across a darkened intersection in California, he’s killed by a speeding car. The repercussions of his death bring together a diverse cast of characters: Guerraoui’s daughter Nora, a jazz composer who returns to the small town in the Mojave she thought she’d left for good; his widow, Maryam, who still pines after her life in the old country; Efraín, an undocumented witness whose fear of deportation prevents him from coming forward; Jeremy, an old friend of Nora’s and an Iraqi War veteran; Coleman, a detective who is slowly discovering her son’s secrets; Anderson, a neighbor trying to reconnect with his family; and the murdered man himself.

As the characters–deeply divided by race, religion, and class–tell their stories, connections among them emerge, even as Driss’s family confronts its secrets, a town faces its hypocrisies, and love–messy and unpredictable–is born.

“Growing up in this town, I had long ago learned that the savagery of a man named Mohammed was rarely questioned, but his humanity always had to be proven.”

The hit-and-run killing of Driss Guerraoui echoed through his daughter’s mind with the vitality of a heartbeat. The pain of it in her breastbone is goading her to seek answers, and it was a tether that held her to the small Mojave Desert town. But the more Nora tries, the further her hopes sink, as inexorably as if they are weighted with stones. “Had he suffered? Had he called out for help?” The unspoken, hanging words are as sharp as a drawn sword. “How long had he lain on the asphalt before his breath ran out?”

From there, the novel dips like hummingbirds from one first-person narrator to another, but always coming around to the mystery of Driss’s death which assumes various dimensions as it is refracted through the alternating voices of the residents of his small suburb in the Mojave desert.

The brief, precise prose chapters blurred past me so swiftly I could not follow. Some sections, admittedly, sing in a more lucid voice than others, some viewpoints are more persuasive than others, their tragedies burrowing deeper. But Lalami effectively uses this structure—which will doubtless draw in even the most reluctant readers—to deliberately reveal the past in a progressively gripping and suspenseful narrative that coalesces into an unsettling conversation about the truth. Or what the characters claim is the truth.

The flames of Nora Guerraoui’s career in Oakland as a classical composer went out, leaving only hot coals in the hearth, after an affair with a famous writer who wouldn’t leave his wife. After her father’s death, it was as if some thread which bound her to her family had been abruptly severed, and soon after, they began to drift apart. Hoping that a small portion of her burden might lift, Nora rekindles a romance with Jeremy, her childhood friend, and here of a sudden was distraction, escape, sensation. But the knowledge of Jeremy being an Iraq war veteran curdles in Nora’s mouth, hanging like a specter over their relationship.

The aftermath of 9/11 for Nora and her family was like a heated stone that never lost its warmth, still bruising their skin. The words she’s been made to endure as a child—“Raghead. Talibans. Sometimes, raghead talibans”—are still an arrow striking home. As for Jeremy, his return to his hometown had become an effort to gather into his arms the things that were no longer part of his life and the regrets that he could never articulate to people who extoled his “heroism”. The atrocities of the war still tug at Jeremy’s memory, and the disturbing neediness of his Marine buddy Fierro is a line trying to draw him back,

Another narrator in this many-voiced novel is Efraín Aceves, an undocumented Mexican immigrant who bore witness to the crash but hesitates to come forward with his account fearing deportation and jeopardizing the safety of his children (“Both citizens. I want to be clear about that.”) But when conscience casts a searing illumination, guilt begins to stir in him, and the inevitability of his decision snags relentlessly at him.

Of The Other Americans’ many tantalizing themes, those loom silently over all others: the roaring shadows of 9/11 still lapping at Muslim Americans like dark water, the dehumanizing trials bearing down on immigrants in the current political climate, and the resonant conviction that the past seldom recedes into the distance, and that acts of violence and brutality are bound to leave ripples behind, persevering against the grinding stones of time.

The essential gesture of the novel is nestled in its title: a sense of profound alienation, of being “other”, crops up throughout the novel, and it’s handled with welcome  subtlety. The characters, in many ways, are all dogged by the feeling that they are strangers to themselves, and strangers to the world, turned to stone for no reason they could name.

The vise of grief closes around her mother’s—Maryam’s—heart, and she touches the memories like a bruise, testing their ache, back to the early 80s when she and her husband—Driss, a philosophy student at the time—fled to America from a country where you had to speak carefully, tentatively, as if freedom was a flame in your hands in the wind, and to Maryam, “being so far away, it was like being orphaned.” D.C. transplant Erica Coleman, the newly arrived detective investigating the killing, is adjusting to life in the small town while meticulously probing the plots swirling thickly through the air—a task that begins to look Sisyphean with the uncooperativeness of her superior and the mistrust lurking behind the residents’ eyes (because Coleman is not a native of the town? Because she’s a woman? Or is it because she’s black, and in America, that fact trumps everything else?) At once universal and intensely specific, these are stories of many Americans who have been chaptered and versed in the language of oppression—only the details are different.

That said, not all the novel’s choices are good ones. Lalami’s ambition is sweeping, but there’s the inescapable sense that she keeps it tightly bottled. The writing is not without merit—there’s a lyricism to the author’s prose that’s both fervent and unsentimentally direct. However, The Other Americans sometimes seems detached in viewpoint, devoid of emotional power, as if the author had shut an actual door against the noises of the characters’ voices—some of whom fall through the cracks. Like Nora’s older sister, Salma, the agreeable Moroccan-born daughter, who, choosing marriage and motherhood and a career in dentistry, represents a sharp contrast to Nora. But Salma is hunched over her burdens, learning coping mechanisms that will do more harm than good, and, reading her chapters, she rather seems to the reader a creature clinging to a precipice, desperate, its claws already slipping. Salma’s presence carries its own vivacity, which is why it comes as a disappointment that there’s no further effort to substantially flesh out her character.

This is my main qualm with The Other Americans—that it asks more questions than it answers. The stories are engrossing but the tension always cautiously ebbs, and the full promise of family complications is often frustratingly cast to the side in favor of more pressing plot concerns which, by turn, culminate into a somewhat glib ending.

The Other Americans, ultimately, is a good read, but one that lacks the sort of alchemy that grants longevity—preventing it from slipping from my brain like white sand held in a curled palm.